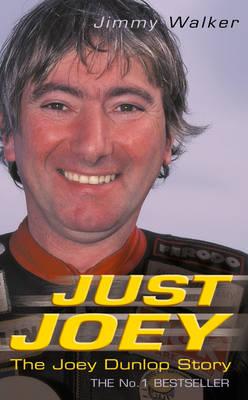 Biography of the late Irish motorcycle racing legend, Joey Dunlop, who won a record 26 Isle of Man TT races over the famous road circuit, as well as a host of other titles, during a 30-year career.

Joey Dunlop, 'Yer Man', as he was affectionately known, was a racing legend, adored by the Irish people. Born and raised in Ballymoney, Co. Antrim, Dunlop started racing in 1969 on a 199cc Tiger Cub for which he paid 50. It was the beginning of a passion that would rule and ultimately take his life.

He was never more at home than competing in the famous Isle of Man Tourist Trophy (TT) races. His mastery of this treacherous course was total, and his passion for success mirrored that of his fans. In 1998 he arrived having crashed in the 100-mile Tandragree road race, breaking his pelvis and collarbone. Still, there was a race to be won and Dunlop duly took the lightweight TT by a margin of 47 seconds. His first two TT victories came on Yamahas, but Honda would be the ally from 1983, the plain yellow helmet a beacon to the supporters who idolised the Irishman. In all he took the chequered flag in 26 TT races, until his tragic death on 2 July 2000 while racing in Estonia.

There were honours off the bike too. In 1986 he was awarded an MBE for services to motorcycling. That was followed 10 years later by an OBE in recognition of his efforts transporting food and medical supplies to Romanian orphanages.

The Author has blended archive material and freshly conducted interviews with Joey's friends, family and racing peers like Steve Hislop, Carl Fogarty and Roger Marshall to produce this book. The result is a balanced, revealing and passionate account of a genuine sporting hero.

Jimmy Walker is the motorcycling correspondant of the Belfast Telegraph, Ireland's largest evening newspaper. He also writes on motorcycling for The Sun and News of the World. He knew and followed Joey from the start of his career.