Out of Bounds: Inside the NBA's Culture of Rape, Violence, and Crime (Paperback) 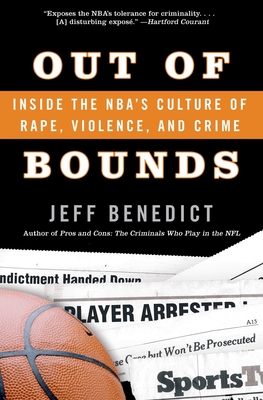 Out of Bounds: Inside the NBA's Culture of Rape, Violence, and Crime (Paperback)

The Kobe Bryant rape case and the arrest of Baylor basketball player Carlton Dotson for allegedly murdering teammate Patrick Dennehy, has galvanized the attention of the public and the press on athletes and crime. Jeff Benedict, with his background in research regarding professional athletes and crime, uses these cases as a springboard into an unprecedented look at criminals who play professional basketball.

In this raw exposé, Benedict evaluates every single current player in the NBA and his criminal history, revealing new and startling information about NBA players, the crimes they commit, the league’s tolerance and complacency in these instances, as well as the manner in which these cases are handled or disposed of in the justice system.

Jeff Benedict conducted the first national study on sexual assault and athletes. He has published three books on athletes and crime, including a blistering exposé on the NFL, Pros and Cons: The Criminals Who Play in the NFL, and Public Heroes, Private Felons: Athletes and Crimes Against Women. He is a lawyer and an investigative journalist who has written five books.

“In what is bound to be one of the more controversial sports books of this year, Benedict applies his superb investigative reporting skills...Benedict also has no fear naming some big names...to detail what he calls ‘the rash of lawlessness that is currently gripping the NBA.’ …An excellent book that proves its point that life in the NBA is ‘out of control and absolutely demands close scrutiny.’” — Publishers Weekly

“One of the more controversial sports books of this year…. An excellent book that proves its point.” — Publishers Weekly