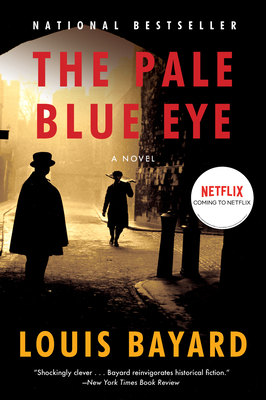 An ingenious tale of murder and revenge at West Point, featuring a retired detective and a young cadet named Edgar Allan Poe—from the author of Courting Mr. Lincoln.

At West Point Academy in 1830, the calm of an October evening is shattered by the discovery of a young cadet's body swinging from a rope. The next morning, an even greater horror comes to light. Someone has removed the dead man's heart.

Augustus Landor—who acquired some renown in his years as a New York City police detective—is called in to discreetly investigate. It's a baffling case Landor must pursue in secret, for the scandal could do irreparable damage to the fledgling institution. But he finds help from an unexpected ally—a moody, young cadet with a penchant for drink, two volumes of poetry to his name, and a murky past that changes from telling to telling.

The strange and haunted Southern poet, for whom Landor develops a fatherly affection, is named Edgar Allan Poe.

A writer, book reviewer, and the author of Mr. Timothy and The Pale Blue Eye, Louis Bayard has written for the New York Times, Washington Post, and Salon.com, among other media outlets. He lives in Washington, D.C.

“Another literary tour de force.…At novel’s end, the reader may want to start again from the beginning.” — Kirkus Reviews (Starred)

“Seemlessly blends Poe into an engrossing whodunit worthy of its inspiration. ” — USA Today

“Bayard has produced a nuanced, wonderfully written tale, one worthy of the old master himself.” — Baltimore Sun

“An uncanny and original portrait. Captures the imagination with exquisite details and a compelling, disquieting story.” — Denver Rocky Mountain News

“Full of delightfully unexpected twists that continue to the very last pages of the novel.” — Denver Post

“Brilliantly plotted and completely absorbing, ending with the kind of shock that few novelists are able to deliver.” — Sunday Times (London)

“What makes this more than a well-crafted thriller…is Bayard’s gift for language. He paints incredibly vivid pictures.” — Atlanta Journal-Constitution

“Poe, an exacting critic...would have been impressed by Bayard’s intelligence and fluidity as a writer.” — Oregonian

“Skillful...lyrical...Moves methodically to the suspects, the motives, and the clues that twist and turn like the Hudson itself.” — Library Journal

“This book has it all--prose, plot and a terrifying conclusion...it will have you guessing to the very end.” — Hamilton Spectator (Canada)

“A rich and finely wrought psychological study that is a fitting tribute to Poe himself.” — The Straits Times (Singapore)

“Recommended. This novel is moody and rich in historic detail.” — Tucson Citizen