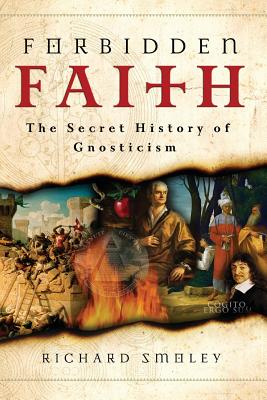 The success of books such as Elaine Pagels's Gnostic Gospels and Dan Brown's Da Vinci Code proves beyond a doubt that there is a tremendous thirst today for finding the hidden truths of Christianity – truths that may have been lost or buried by institutional religion over the last two millennia.

In Forbidden Faith, Richard Smoley narrates a popular history of one such truth, the ancient esoteric religion of gnosticism, which flourished between the first and fourth centuries A.D., but whose legacy remains even today, having survived secretly throughout the ages.

Richard Smoley was educated at Harvard and Oxford universities and was the editor of Gnosis, the award-winning journal of Western spiritual traditions. He is the co-author (with Jay Kinney) of Hidden Wisdom: A Guide to the Western Inner Traditions, and is the author of Inner Christianity: A Guide to the Esoteric Tradition and The Essential Nostradamus.

“A compelling and accessible argument. A thoroughly enjoyable read; highly recommended for all libraries with strong religious collections.” — Library Journal

“If you are interested in the appeal of these popular manifestations of Gnosticism, Smoley is certainly your best guide.” — Spirituality and Health magazine