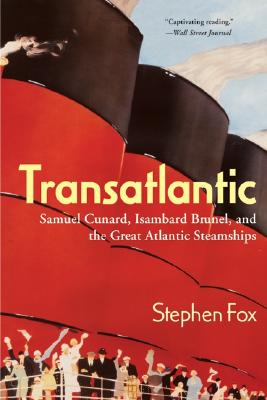 During the nineteenth century, the roughest but most important ocean passage in the world lay between Britain and the United States. Bridging the Atlantic Ocean by steamship was a defining, remarkable feat of the era. Over time, Atlantic steamships became the largest, most complex machines yet devised. They created a new transatlantic world of commerce and travel, reconciling former Anglo-American enemies and bringing millions of emigrants who transformed the United States.

In Transatlantic, the experience of crossing the Atlantic is re-created in stunning detail from the varied perspectives of first class, steerage, officers, and crew. The dynamic evolution of the Atlantic steamer is traced from Brunel's Great Western of 1838 to Cunard's Mauretania of 1907, the greatest steamship ever built.

Stephen Fox, a freelance historian, is the author of five previous books. He lives near Boston, Massachusetts.