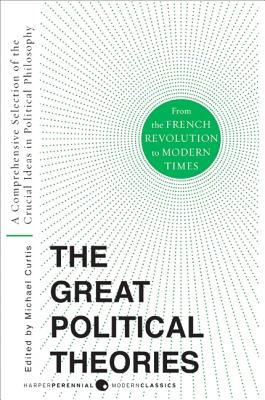 This carefully selected compilation of the significant writings of the great political philosophers, scientists, and thinkers has long been an invaluable guide to the general reader as well as to the serious student of history, political science, and government. Such essential forces as Revolution, Idealism, and Nationalism are examined in detail and expounded by their leading exponents. Professor Curtis has written running commentary that places the extracts and their authors in the sequence of modern history.

Michael Curtis is professor emeritus of political science at Rutgers University and has taught at several other institutions, including Yale University and Cornell University. He has written and edited more than fifteen books in the fields of comparative politics, political theory, and Middle East affairs.