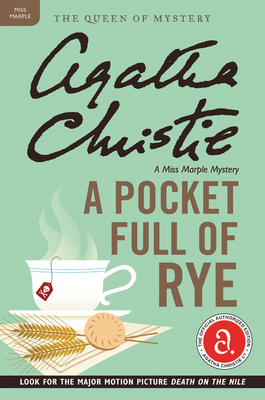 This is book number 6 in the Miss Marple Mysteries series.

In this exclusive authorized edition from the Queen of Mystery, the bizarre death of a financial tycoon has Miss Marple investigating a very odd case of crime by rhyme.

Rex Fortescue, king of a financial empire, was sipping tea in his “counting house” when he suffered an agonizing and sudden death. On later inspection, the pockets of the deceased were found to contain traces of cereals.

Yet, it was the incident in the parlor which confirmed Miss Marple’s suspicion that here she was looking at a case of crime by rhyme . . .

“This is the best of the novels starring Christie’s Miss Marple.” — New York Times

“Agatha Christie was the absolute master of misdirection. No matter how logical we think we’re being when we read her, she always manages to send us swimming after her red herrings while ignoring that huge whale in the corner of the tank.” — Margaret Maron, award-winning author of the Deborah Knott Mysteries