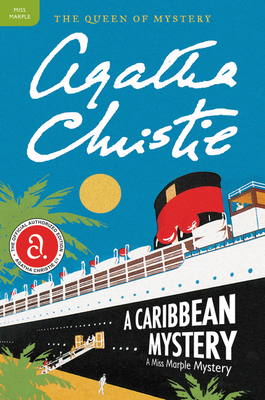 This is book number 9 in the Miss Marple Mysteries series.

In this exclusive authorized edition from the Queen of Mystery, the delightful Miss Marple is ensnared in A Caribbean Mystery when a retired military man sparks her curiosity with a photograph and a strange story of a murderer.

As Miss Marple sat basking in the Caribbean sunshine, she felt mildly discontented with life. True, the warmth eased her rheumatism, but here in paradise nothing ever happened.

Eventually, her interest was aroused by an old soldier’s yarn about a murderer he had known. Infuriatingly, just as he was about to show her a snapshot of this acquaintance, the Major was suddenly interrupted. A diversion that was to prove fatal.

“Throws off the false clues and misleading events as only a master of the art can do.” — New York Times

“Liveliness....Infectious zest….As good as anything Miss Christie has done.” — The Observer