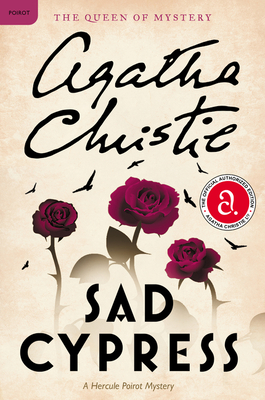 This is book number 21 in the Hercule Poirot Mysteries series.

In this exclusive authorized edition from the Queen of Mystery, a woman damned by overwhelming evidence stands accused of murdering her romantic rival, and only Hercule Poirot stands between her and the gallows.

Beautiful young Elinor Carlisle stood serenely in the dock, accused of the murder of Mary Gerrard, her rival in love. The evidence was damning: only Elinor had the motive, the opportunity, and the means to administer the fatal poison.

Yet, inside the hostile courtroom, only one man still presumed Elinor was innocent until proven guilty. Hercule Poirot was all that stood between Elinor and the gallows.…

“What Agatha Christie taught me was all about the delicate placement of the red herring. She was the ultimate genius behind ‘by indirections shall we find directions out.’” — Elizabeth George, New York Times bestselling author of the Inspector Lynley novels