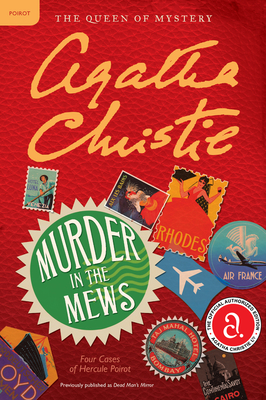 This is book number 18 in the Hercule Poirot Mysteries series.

In this official authorized edition from the Queen of Mystery, four mystifying criminal conundrums test the detecting skills of the unflappable Hercule Poirot.

How did a woman holding a pistol in her right hand manage to shoot herself in the left temple? What was the link between a ghost sighting and the disappearance of top secret military plans? How did the bullet that killed Sir Gervase shatter a mirror in another part of the room? And should the beautiful Valentine Chantry flee for her life from the holiday island of Rhodes?

Hercule Poirot is faced with four mystifying cases—each a miniature classic of characterization, incident, and suspense.

“All great characters are capable of entertaining us again and again, but only the very greatest are new every time we read them. Hercule Poirot is a member of this very small club.” — Timothy Hallinan, author of the Poke Rafferty thrillers