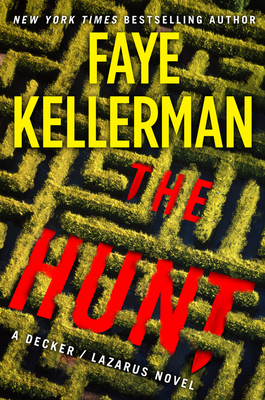 This is book number 27 in the Decker/Lazarus Novels series.

Peter and his partner, Detective Tyler McAdams, are thrown into an unsolved case and propelled into action when a body is found in the very woods where a man previously went missing in upstate New York.

But that’s not the only crisis that Peter has to deal with.

Teresa McLaughlin, the biological mother of Peter and his wife Rina’s foster son, Gabe, has fled to Los Angeles with her two children in tow, hoping to avoid a court injunction amid a messy divorce. But LA is no escape from her problems—she is found by ruthless men and beaten mercilessly. When she wakes, barely conscious, Teresa discovers that both of her children are gone and frantically calls Gabe for help.

With his mother on the verge of death, Gabe contacts Peter and Rina, as well as his biological father, the notorious Christopher Donatti, a former hit man from a known criminal family who’s now a millionaire in Nevada. By bringing Donatti into the fray, Gabe, Peter, and Rina know they have made a deal with the devil—but they may not be able to recover the kids without him.

As these unlikely allies rally to find the kidnappers before things end tragically, they race headlong toward an explosive confrontation from which no one will emerge unscathed...

“Faye Kellerman skillfully balances a familiar formula with a creative, original story... [Her] characters are still fresh, exciting, and full of surprises... Kellerman brings everything together in a well-crafted tale that is both fascinating and suspenseful.”  — The Nerd Daily on The Lost Boys

"This twenty-sixth entry in the Decker-Lazarus series will be embraced by fans for its emphasis on the lead characters and the relationship between them, as the couple’s future takes a turn, and a cliff-hanger ending guarantees anticipation for their next outing." — Booklist on The Lost Boys

“Reading a good thriller is very much like taking a great vacation: half the fun is getting there. Faye Kellerman is one heck of a tour guide.” — Detroit Free Press

“Kellerman does for the American cop what P. D. James has done for the British mystery, lifting it beyond its genre.”  — Richmond Times-Dispatch