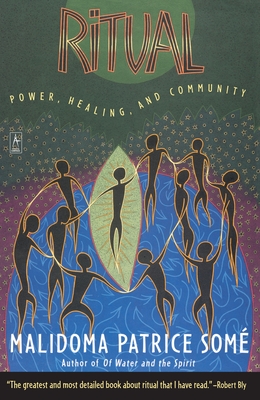 By Malidoma Patrice Some


Not On Our Shelves—Ships in 1-5 Days
The stories within these books have the poignancy of new discoveries as well as the unworn imagination of the ancestors. The commentary has the sharp edge of modern thought and the intricacy which results from the intellect being woven through the ritual complexities of tribal life. The purpose of constructing thresholds that bring this world together is to find the powers that can heal the rends in tribal as well as modern communities.? --Michael Meade, from the Introduction

Versed in the languages of psychology, comparative literature, as well as ancient mythology, healing, and divination, Malidoma Patrice Some bridges paths between the ancient tribal world of the West African Dagara culture and modern Western society. Ritual is written with wild imagination, careful critical reflection, and intuitive insights that will force the reader to encounter the world anew.
Malidoma Patrice Somé, born in Upper Volta (now Burkina Faso) West Africa, is initiated in the ancestral traditions of his tribe, and is a medicine man and diviner in the Dagra culture. He holds three master's degrees and two doctorates from Sorbonne and Brandeis University, and has taught at the University of Michigan. He currently devotes himself to speaking and, with his wife, Sobonfu, conducting intensive workshops throughout the United States.