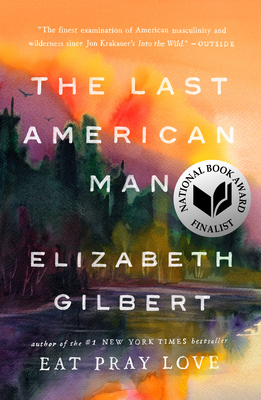 From the New York Times bestselling author of Eat Pray Love, Big Magic and City of Girls comes a riveting exploration of manhood and all its complicated meanings through the portrait of an American Mountain Man.

In this rousing examination of contemporary American male identity, acclaimed author and journalist Elizabeth Gilbert explores the fascinating true story of Eustace Conway. In 1977, at the age of seventeen, Conway left his family's comfortable suburban home to move to the Appalachian Mountains. For more than two decades he has lived there, making fire with sticks, wearing skins from animals he has trapped, and trying to convince Americans to give up their materialistic lifestyles and return with him back to nature. To Gilbert, Conway's mythical character challenges all our assumptions about what it is to be a modern man in America; he is a symbol of much we feel how our men should be, but rarely are.

Elizabeth Gilbert is the #1 New York Times bestselling author of Big Magic, Eat Pray Love, and The Signature of All Things, as well as several other internationally bestselling books of fiction and nonfiction. She has been a finalist for the National Book Award, the National Book Critics Circle Award, and the PEN/Hemingway Award. Her latest novel, City of Girls, comes out in June, 2019.
"The finest examination of American masculinity and wilderness since Jon Krakauer's Into the Wild." —Outside

"Wickedly well-written...Without compromising her obvious admiration, Ms. Gilbert presents a warts-and-all portrait of Mr. Conway and a sophisticated understanding of why those warts are only natural.... A vigorous, engaging book." —The New York Times Book Review

"The Last American Man relates the riveting story of Conway's odyssey from a child of affluent parents, to mountain man, to the owner of 1,000 acres of woods and fields in western North Carolina. Gilbert sees in Conway's life a parable for our time, a way of capturing how our culture is sapping us of all that is vital." —Chicago Tribune

"There are so many reasons to read this book. Read it for the portrait of a man who isn't divorced from the land below and the sky above. Read it to watch his youthful ambitions fade into tired gasps. Read it to see how Gilbert gets at her subject without ever stabbing him in the back." —Entertainment Weekly

"Conway is a character almost too goofd to believe...In Gilbert, he may have found the perfect writer to tell his story...from Conway's life, Gilbert takes off on delightful tangents about the nature of manhood, the appeal of utopian communities, the history of the frontier and the lingering myth of the frontiersman. The subject becomes much broader than one man's life. It's about what has been lost with progress, and what can be reclaimed." —The Atlanta Journal-Constitution

"An important book, and well-wrought to boot...Gilbert just plain catches him: It is hard to imagine a deeper, more insightful portrait...her book is wise and knowing." —Men's Journal