One L: The Turbulent True Story of a First Year at Harvard Law School (Paperback) 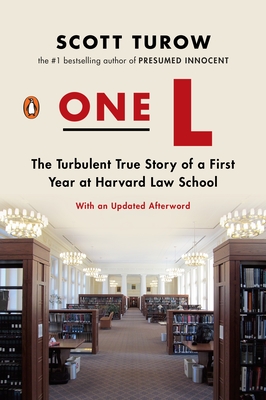 One L: The Turbulent True Story of a First Year at Harvard Law School (Paperback)

It was a year of terrors and triumphs, of depressions and elations, of compulsive work, pitiless competition, and, finally, mass hysteria. It was Scott Turow's first year at the oldest, biggest, most esteemed center of legal education in the United States. Turow's experiences at Harvard Law School, where freshmen are dubbed One Ls, parallel those of first-year law students everywhere. His gripping account of this critical, formative year in the life of a lawyer is as suspenseful, said The New York Times, as "the most absorbing of thrillers."
Scott Turow is the author of over ten internationally bestselling books, including Identical, Limitations, Ordinary Heroes, Ultimate Punishment, and Reversible Errors. He lives in Chicago, where he is a partner at a law firm and teaches fiction writing at Northwestern University.