The Penguin Book of Dragons (Paperback) 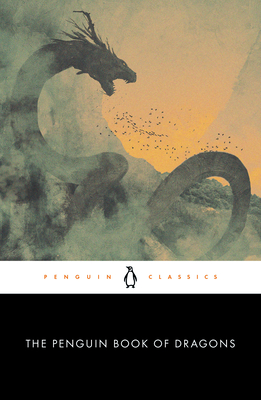 The Penguin Book of Dragons (Paperback)


Not On Our Shelves—Ships in 1-5 Days
Two thousand years of legend and lore about the menace and majesty of dragons, which have breathed fire into our imaginations from ancient Rome to Game of Thrones

The most popular mythological creature in the human imagination, dragons have provoked fear and fascination for their lethal venom and crushing coils, and as avatars of the Antichrist, servants of Satan, couriers of the damned to Hell, portents of disaster, and harbingers of the last days. Here are accounts spanning millennia and continents of these monsters that mark the boundary between the known and the unknown, including: their origins in the deserts of Africa; their struggles with their mortal enemies, elephants, in the jungles of South Asia; their fear of lightning; the world’s first dragon slayer, in an ancient collection of Sanskrit hymns; the colossal sea monster Leviathan; the seven-headed “great red dragon” of the Book of Revelation; the Loch Ness monster; the dragon in Beowulf, who inspired Smaug in Tolkien’s The Hobbit; the dragons in the prophecies of the wizard Merlin; a dragon saved from a centipede in Japan who gifts his human savior a magical bag of rice; the supernatural feathered serpent of ancient Mesoamerica; and a flatulent dragon the size of the Trojan Horse. From the dark halls of the Lonely Mountain to the blue skies of Westeros, we expect dragons to be gigantic, reptilian predators with massive, bat-like wings, who wreak havoc defending the gold they have hoarded in the deep places of the earth. But dragons are full of surprises, as is this book.

For more than seventy-five years, Penguin has been the leading publisher of classic literature in the English-speaking world. With more than 2,000 titles, Penguin Classics represents a global bookshelf of the best works throughout history and across genres and disciplines. Readers trust the series to provide authoritative texts enhanced by introductions and notes by distinguished scholars and contemporary authors, as well as up-to-date translations by award-winning translators.
Scott G. Bruce (editor) is the editor of The Penguin Book of the Undead and The Penguin Book of Hell, and the author of three books about the abbey of Cluny. He is a professor of medieval history at Fordham University in New York City, and lives in Baltimore, Maryland.
“I love the way Scott Bruce has scoured so much ancient lore to bring us this treasury of dragon-related information, and I shall turn to it frequently.” ―Philip Pullman, #1 New York Times bestselling author of The Golden Compass

“Scholarly and thrilling. By collecting some of the foundational―and also most surprising―historical sources on these guardians of the ‘boundary between the known and unknown,’ Scott Bruce has created the new indispensable resource for anyone who cares about dragons.” ―Adam Gidwitz, New York Times bestselling author of A Tale Dark and Grimm and The Inquisitor’s Tale

“A guide to the fantastic beasts and where to find them in the world’s mythological and literary traditions . . . Scott Bruce knows a thing or two about what scares us.” ―Atlas Obscura

“Fascinating . . . Expert commentary provides helpful context throughout. . . . A well-researched survey for those with a deep interest in dragons.” ―Publishers Weekly

“Delightful . . . An engaging way to immerse yourself in the world of dragons. Each section is a short trip to a different land and time period, providing a fascinating blend of fantasy and history. . . . We learn about dragons, certainly, but also much about ourselves.” ―ImaginAtlas

“How do you like your dragon these days? Tough or tender? Whatever your preference, you are likely to find the right one for you in The Penguin Book of Dragons.” ―Literary Review