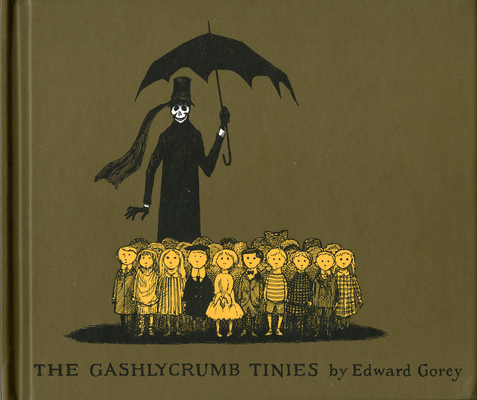 
On Our Shelves Now at:
A new, small-format edition of one of Edward Gorey’s “dark masterpieces of surreal morality” (Vanity Fair): a witty, disquieting journey through the alphabet.

Edward Gorey (1925-2000) wrote and illustrated such popular books as The Doubtful Guest, The Gashlycrumb Tinies, and The Headless Bust. He was also a very successful set and costume designer, earning a Tony Award for his Broadway production of Edward Gorey's Dracula. Animated sequences of his work have introduced the PBS series Mystery! since 1980.