What Is Religion?: Debating the Academic Study of Religion (Paperback) 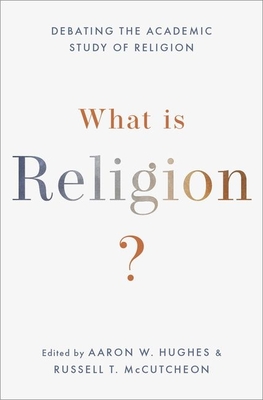 What Is Religion?: Debating the Academic Study of Religion (Paperback)


Not On Our Shelves—Ships in 1-5 Days
(This book cannot be returned.)
Controversies over how to define the word religion have persisted for decades. It is a term of art and of academic study, but also one of governance, technologies, and of networks; it is a concept whose diversity is often its own worst enemy. Religion is as much a fuzzy set of
conceptualizations and generalizations about a range of human activities as it is an authorizing system of persons, ideas, and practices. What is Religion?: Debating the Academic Study of Religion invites readers to eavesdrop on scholarly debates over the limits of, and uses for, a word commonly used but infrequently defined in a precise manner. This volume takes the temperature of the modern field of Religious Studies by inviting a
diverse group of scholars to offer their own substantive contribution that builds on the shared opening prompt, Religion is.... Their essays document the current state of the field and its various sub-fields, assess the progress that has been made over the past generation, and propose new
directions for future work. Seventeen of the international field's leading scholars show how they work with each other's definition, or, sometimes, the lack of a definition. Of interest to students, scholars, and general readers alike, What is Religion? will provoke debate and provide insights into
the state of the field.

Aaron W. Hughes is the Philip S. Bernstein Professor in the Department of Religion and Classics at the University of Rochester. He is the author of sixteen books, twelve edited volumes, and over eighty articles and book chapters. Book titles include Abrahamic Religions: On the Uses and Abuses ofHistory; Shared Identities: Medieval and Modern Imaginings of Judeo-Islam; and From Seminary to University: An Institutional History of the Study of Religion in Canada. Russell T. McCutcheon is University Research Professor and long-time Chair of the Department of Religious Studies at the University of Alabama. He writes widely on the history of the field and the practical implications of classification systems. He is the author of such books as ManufacturingReligion, Studying Religion: An Introduction, and On Making a Shift in the Study of Religion and Other Essays.