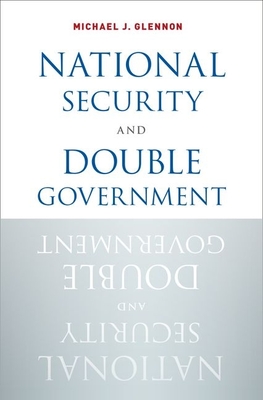 
Not On Our Shelves—Ships in 1-5 Days
(This book cannot be returned.)
Why has U.S. security policy scarcely changed from the Bush to the Obama administration? National Security and Double Government offers a disquieting answer. Michael J. Glennon challenges the myth that U.S. security policy is still forged by America's visible, Madisonian institutions - the
President, Congress, and the courts. Their roles, he argues, have become largely illusory. Presidential control is now nominal, congressional oversight is dysfunctional, and judicial review is negligible. The book details the dramatic shift in power that has occurred from the Madisonian institutions
to a concealed Trumanite network - the several hundred managers of the military, intelligence, diplomatic, and law enforcement agencies who are responsible for protecting the nation and who have come to operate largely immune from constitutional and electoral restraints. Reform efforts face
daunting obstacles. Remedies within this new system of double government require the hollowed-out Madisonian institutions to exercise the very power that they lack. Meanwhile, reform initiatives from without confront the same pervasive political ignorance within the polity that has given rise to
this duality. The book sounds a powerful warning about the need to resolve this dilemma-and the mortal threat posed to accountability, democracy, and personal freedom if double government persists. This paperback version features an Afterword that addresses the emerging danger posed by populist
authoritarianism rejecting the notion that the security bureaucracy can or should be relied upon to block it.

Michael J. Glennon is Professor of International Law at the Fletcher School of Law and Diplomacy, Tufts University. Before going into teaching, he was the Legal Counsel to the Senate Foreign Relations Committee. He co-authored Foreign Affairs Federalism: The Myth of National Exclusivity (withRobert D. Sloane, Oxford, 2016). He also co-authored Foreign Relations and National Security Law, and he is the author of Constitutional Diplomacy, among other books. His op-ed pieces have appeared in the New York Times, Washington Post, Los Angeles Times, International Herald-Tribune, FinancialTimes, and Frankfurt Allgemeine Zeitung. He lives in Concord, Massachusetts, with his wife and son.