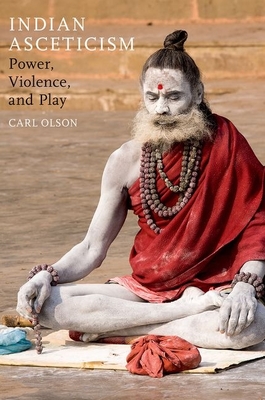 
Special Order—Subject to Availability
Throughout the history of Indian religions, the ascetic figure is most closely identified with power. A by-product of the ascetic path, power is displayed in the ability to fly, walk on water or through dense objects, read minds, discern the former lives of others, see into the future, harm others, or simply levitate one's body. These tales give rise to questions about how power and violence are related to the phenomenon of play. Indian Asceticism focuses on the powers exhibited by ascetics of India from ancient to modern time. Carl Olson discusses the erotic, the demonic, the comic, and the miraculous forms of play and their connections to power and violence. He focuses on Hinduism, but evidence is also presented from Buddhism and Jainism, suggesting that the subject matter of this book pervades India's major indigenous religious traditions. The book includes a look at the extent to which findings in cognitive science can add to our understanding of these various powers; Olson argues that violence is built into the practice of the ascetic. Indian Asceticism culminates with an attempt to rethink the nature of power in a way that does justice to the literary evidence from Hindu, Buddhist, and Jain sources.
Carl Olson is a professor in the Department of Philosophy and Religious Studies at Allegheny College. Besides numerous essays in journals, books, and encyclopedias, he has published seventeen books on subjects such as Hinduism, Buddhism, comparative philosophy, and method and theory in the study of religion. His most recent books include Celibacy in Religious Traditions and The Allure of Decadent Thinking: Religious Studies and the Challenge of Postmodernism both published by Oxford University Press.