The Ethics and Law of Omissions (Hardcover) 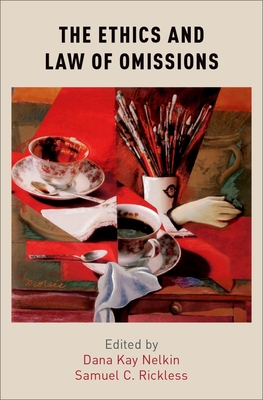 The Ethics and Law of Omissions (Hardcover)


Special Order—Subject to Availability
This edited volume of new essays explores the principles that govern moral responsibility and legal liability for omissive conduct--behavior that did not occur. Many contributors here try to make sense of the possibility of moral responsibility for omissions, including those that occur unwittingly. The disagreements among them concern the grounds of moral responsibility in these cases: the constellation of states and traits that constitute the self, or the
quality of one's will, or exercises of evaluative judgment, or the ability and opportunity to avoid the omission, or the tracing back to a time when one had the witting ability to take steps to avoid future omission. Some contributors consider whether omissions need to be under one's control if one
is to be morally responsible for them, as well as which sense of control is relevant, if it is, to the question of moral responsibility. Yet others consider whether it is possible for an agent to be morally responsible for an omission that she could not have avoided. On the legal side,
contributors also consider various issues concerning the status of omissions in the law: whether circumstances that are usually described as involving legal liability for omissions are better described as involving legal liability for entire courses of conduct; the conditions (such as creation of
the peril) under which one can be legally liable for an omission to rescue; why a defendant's legal guilt for a crime can be predicated on an omission to act only if the defendant was under a legal duty to engage in the omitted act; and whether this duty requirement is grounded in the desirability
of shielding from legal liability those who are not criminally culpable or in the constraint that one's body and property may not be appropriated for the general good. Included with the essays is an introduction to the topic by the volume editors. The book will be of interest to moral philosophers, philosophers of law, and other legal scholars.