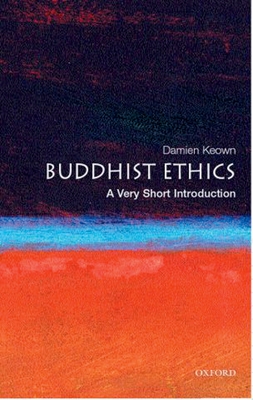 
In Stock—Click for Locations
The latter half of the twentieth century witnessed a growing interest in Buddhism, and it continues to capture the imagination of many in the West who see it as either an alternative or a supplement to their own religious beliefs. Numerous introductory books have appeared in recent years to cater to this growing interest, but almost none devotes attention to the specifically ethical dimensions of the tradition. For various complex cultural and historical reasons, ethics has not received as much attention in traditional Buddhist thought as it has in the West. Written by Damien Keown, one of the few experts worldwide who specializes in the area, Buddhist Ethics illustrates how Buddhism might approach a range of contemporary moral issues, ranging from abortion to euthanasia, sexuality to cloning, and even war and economics. About the Series: Combining authority with wit, accessibility, and style, Very Short Introductions offer an introduction to some of life's most interesting topics. Written by experts for the newcomer, they demonstrate the finest contemporary thinking about the central problems and issues in hundreds of key topics, from philosophy to Freud, quantum theory to Islam.
Damien Keown is Reader in Buddhism at Goldsmiths College, University of London. His books on Buddhism include Dictionary of Buddhism and uddhism, A Very Short Introduction. He is also Editor of The Journal of Buddhist Ethics and Coeditor of The Curzon Critical Studies in Buddhism series.