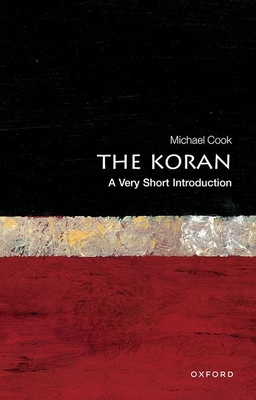 
In Stock—Click for Locations
The Koran has constituted a remarkably resilient core of identity and continuity for a religious tradition that is now in its fifteenth century. In this Very Short Introduction, Michael Cook provides a lucid and direct account of the significance of the Koran both in the modern world and in
that of traditional Islam. He gives vivid accounts of its role in Muslim civilization, illustrates the diversity of interpretations championed by traditional and modern commentators, discusses the processes by which the book took shape, and compares it to other scriptures and classics of the
historic cultures of Eurasia. About the Series: Combining authority with wit, accessibility, and style, Very Short Introductions offer an introduction to some of life's most interesting topics. Written by experts for the newcomer, they demonstrate the finest contemporary thinking about the central problems and issues in hundreds
of key topics, from philosophy to Freud, quantum theory to Islam.

Michael Cook is Cleveland E. Dodge Professor in the Department of Near Eastern Studies at Princeton University.