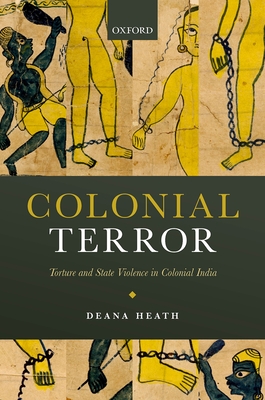 
Not On Our Shelves—Ships in 1-5 Days
Focusing on India between the early nineteenth century and the First World War, Colonial Terror explores the centrality of the torture of Indian bodies to the law-preserving violence of colonial rule and some of the ways in which extraordinary violence was embedded in the ordinary operation of
colonial states. Although enacted largely by Indians on Indian bodies, particularly by subaltern members of the police, the book argues that torture was facilitated, systematized, and ultimately sanctioned by first the East India Company and then the Raj because it benefitted the colonial regime,
since rendering the police a source of terror played a key role in the construction and maitenance of state sovereignty. Drawing upon the work of both Giorgio Agamben and Michel Foucault, Colonial Terror contends, furthermore, that it is only possible to understand the terrorizing nature of the colonial police in India by viewing colonial India as a 'regime of exception' in which two different forms of exceptionality
were in operation - one wrought through the exclusion of particular groups or segments of the Indian population from the law and the other by petty sovereigns in their enactment of illegal violence in the operation of the law. It was in such fertile ground, in which colonial subjects were both
included within the domain of colonial law while also being abandoned by it, that torture was able to flourish.

Deana Heath, Reader in Indian and Colonial History, University of Liverpool Deana Heath received her PhD from the University of California, Berkeley and has since held academic posts in four countries: the United States, Ireland, Canada, and the United Kingdom. she has been the beneficiary of grants from numerous national and international funding bodies, including theIndependent Social Research Foundation, The Indian Council for Cultural Relations, The Irish Research Council for the Humanities and Social Sciences, The American Institute of Indian Studies, and the Fulbright Scholar Programme. She is currently Professor of Indian and Colonial History at theUniversity of Liverpool.