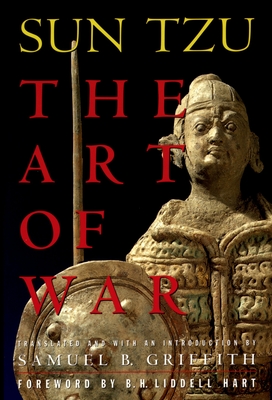 By Sun Tzu, Samuel B. Griffith (Translator), B. H. Liddell Hart (Foreword by)


Not On Our Shelves—Ships in 1-5 Days
Like Machiavelli's The Prince and the Japanese Book of Five Rings, Sun Tzu's The Art of War is as timely for business people today as it was for military strategists in ancient China. Written in China more than 2,000 years ago, Sun Tzu's classic The Art of War is the first known study of the planning and conduct of military operations. These terse, aphoristic essays are unsurpassed in comprehensiveness and depth of understanding, examining not only battlefield maneuvers, but also relevant economic, political, and psychological factors. Indeed, the precepts outlined by Sun Tzu regularly applied outside the realm of military theory. It is read avidly by Japanese businessmen and was touted in the movie Wall Street as the corporate raider's bible. Providing a much-needed translation of this classic, Samuel Griffith has made this powerful and unique work even more relevant to the modern world. Including an explanatory introduction and selected commentaries on the work, this edition makes Sun Tzu's timeless classic perfectly accessible to modern readers.

The late Samuel B. Griffith is the author of The Battle for Guadalcanal and the editor and translator of Mao Tse-tung: "On Guerilla War".