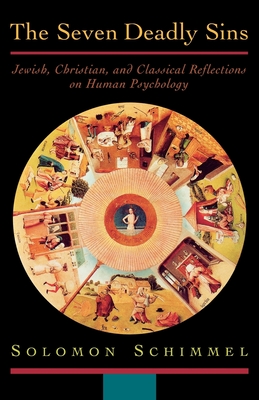 
Not On Our Shelves—Ships in 1-5 Days
(This book cannot be returned.)
All of us are engaged in a personal, ongoing battle with sin and vice. The seven deadly sins--lust, greed, envy, anger, pride, gluttony, and sloth--are our main antagonists in this struggle. They are primary causes of unhappiness and immorality, and because of their pervasive nature, have been of perennial interest to religious thinkers, philosophers, dramatists, and poets.
Although our anger doesn't make most of us murderers, our lust doesn't make most of us rapists, and our greed and envy don't make most of us outright criminals, they, together with gluttony, arrogance, and sloth, often make us, and those who have to live with us, miserable. One need only read the daily paper to see that these seven sins are alive and well, deadlier than ever, spawning violence and suffering, illness and anxiety, loss of meaning and depression. An arrogant yuppie considers suicide after losing his job on Wall Street, which had been the fragile basis of his false pride. A distinguished senator and a prominent judge destroy their careers and wound their female victims with their lust. Millions of men and women, distraught about their body image, subject themselves to liposuction, breast and hair implants because of their gluttony or vanity. People at the pinnacle of economic power fall into the abyss of prison because they could not control their avarice.
In The Seven Deadly Sins, Solomon Schimmel explains why psychology must incorporate many of the ethical and spiritual values of religion and moral philosophy if it is to effectively address the emotional problems faced by modern men and women, be they believers or agnostics. Drawing on the psychological insights of the Bible, Aristotle, Maimonides, Aquinas, and Shakespeare, among others, he shows how all of us can learn from them about the relationship between virtue and psychological well-being and vice and emotional distress. This insightful and fascinating work guides us to master our passions rather than be enslaved by them so that we can become more humane and build a happier, caring society.

Solomon Schimmel is a professor of Jewish education and psychology at Hebrew College in Brookline, Massachusetts and a practicing psychotherapist. He was named a 1998 Fulbright Research Fellow at the University of Cambridge.