The Universalist Movement in America, 1770-1880 (Religion in America) (Hardcover) 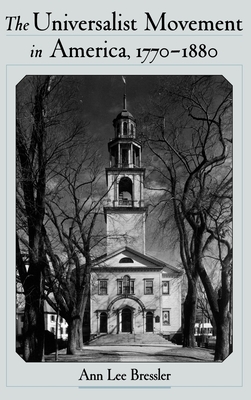 The Universalist Movement in America, 1770-1880 (Religion in America) (Hardcover)


Not On Our Shelves—Ships in 1-5 Days
(This book cannot be returned.)
In this volume Ann Lee Bressler offers the first cultural history of American Universalism and its central teaching -- the idea that an all-good and all-powerful God saves all souls. Although Universalists have commonly been lumped together with Unitarians as liberal religionists, in its origins their movement was, in fact, quite different from that of the better-known religious liberals.
Unlike Unitarians such as the renowned William Ellery Channing, who stressed the obligation of the individual under divine moral sanctions, most early American Universalists looked to the omnipotent will of God to redeem all of creation. While Channing was socially and intellectually descended from the opponents of Jonathan Edwards, Hosea Ballou, the foremost theologian of the Universalist movement, appropriated Edwards's legacy by emphasizing the power of God's love in the face of human sinfulness and apparent intransigence. Espousing what they saw as a fervent but reasonable piety, many early Universalists saw their movement as a form of improved Calvinism.
The story of Universalism from the mid-nineteenth century on, however, was largely one of unsuccessful efforts to maintain this early synthesis of Calvinist and Enlightenment ideals. Eventually, Bressler argues, Universalists were swept up in the tide of American religious individualism and moralism; in the late nineteenth century they increasingly extolled moral responsibility and the cultivation of the self. By the time of the first Universalist centennial celebration in 1870, the ideals of the early movement were all but moribund. Bressler's study illuminates such issues as the relationship between faith and reason in a young, fast-growing, and deeply uncertain country, and the fate of the Calvinist heritage in American religious history.

Ann Lee Bressler received her doctorate in American history from the University of Virginia. She has previously held adjunct appointments to the faculty of Davidson College and is now an independent scholar.