Singing to the Jinas: Jain Laywomen, Mandal Singing, and the Negotiations of Jain Devotion (Hardcover) 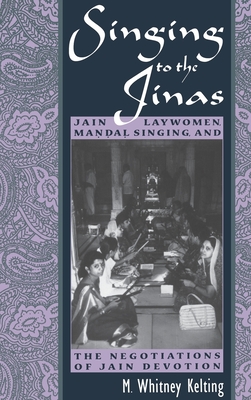 Singing to the Jinas: Jain Laywomen, Mandal Singing, and the Negotiations of Jain Devotion (Hardcover)


Not On Our Shelves—Ships in 1-5 Days
(This book cannot be returned.)
While Western Jain scholarship has focused on those texts and practices favoring male participation, the Jain community itself relies heavily on lay women's participation for religious education, the performance of key rituals, and the locus of religious knowledge. In this fieldwork-based study, Whitney Kelting attempts to reconcile these women's understanding of Jainism with the religion as presented in the existing scholarship. Jain women, she shows, both accept and rewrite the idealized roles received from religious texts, practices, and social expectation, according to which female religiosity is a symbol of Jain perfection. This volume describes these women's interpretations of their religion, not as folklore or popular religion, but as a theology that recreates Jainism in a form which honors their own participation.