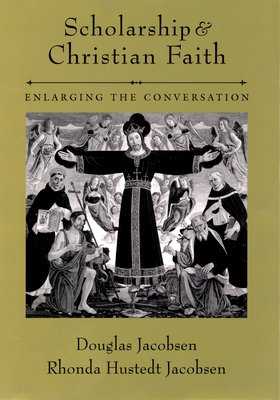 
Not On Our Shelves—Ships in 1-5 Days
(This book cannot be returned.)
This book enters a lively discussion about religious faith and higher education in America that has been going on for a decade or more. During this time many scholars have joined the debate about how best to understand the role of faith in the academy at large and in the special arena of church-related Christian higher education. The notion of faith-informed scholarship has, of course, figured prominently in this conversation. But, argue Douglas and Rhonda Jacobsen, the idea of Christian scholarship itself has been remarkably under-discussed. Most of the literature has assumed a definition of Christian scholarship that is Reformed and evangelical in orientation: a model associated with the phrase the integration of faith and learning. The authors offer a new definition and analysis of Christian scholarship that respects the insights of different Christian traditions (e.g., Catholic, Lutheran, Anabaptist, Wesleyan, Pentecostal) and that applies to the arts and to professional
studies as much as it does to the humanities and the natural and social sciences. The book itself is organized as a conversation. Five chapters by the Jacobsens alternate with four contributed essays that sharpen, illustrate, or complicate the material in the preceding chapters. The goal is both to map the complex terrain of Christian scholarship as it actually exists and to help foster better connections between Christian scholars of differing persuasions and between Christians and the academy as a whole.