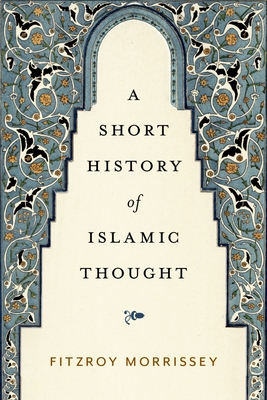 
In Stock—Click for Locations
For general readers, a compact and illuminating introduction to Islam, from its beginnings almost 1500 years ago to the present moment. While much has been written about Islam, particularly over the twenty-five years, few books have explored the full range of the ideas that have defined the faith over a millennium and a half. Fitzroy Morrissey provides a clear and concise introduction to the origins and sources of Islamic thought,
from its beginnings in the 7th century to the current moment. He explores the major ideas and introduces the major figures--those who over the centuries have broached life's major questions, from the nature of God and the existence of free will to gender relations and the ordering of society, and in
the process defined Islam. Drawing on Arabic and Persian primary texts, as well as the latest scholarship, A Short History of Islamic Thought explains the key teachings of the Qur'an and Hadith, the great books of Islamic theology, philosophy, and law, as well as the mystical writings of the Sufis.
It evaluates the impact of foreign cultures-Greek and Persian, Jewish and Christian-on early Islam, accounts for the crystallization of the Sunni and Shi'i forms of the faith, and accounts for the rise of such trends as Islamic modernism and Islamism. Above all, it reveals the fundamental principles
of Islamic thought, both as a source of inspiration for Muslims today and as illuminating and rewarding in their own right.

Fitzroy Morrissey is a Fellow of All Souls College, University of Oxford. A specialist in Sufism and the intellectual history of the Islamic world, he is the author of Sufism and the Perfect Human (Routledge, 2020) and Sufism and the Scriptures (I.B. Tauris, 2020).