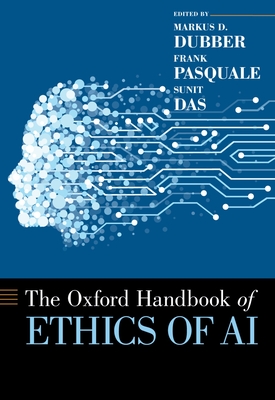 
Not On Our Shelves—Ships in 1-5 Days
This volume tackles a quickly-evolving field of inquiry, mapping the existing discourse as part of placing current developments in historical context; at the same time, breaking new ground in taking on novel subjects and pursuing fresh approaches. The term A.I. is used to refer to a broad range of phenomena, from machine learning and data mining to artificial general intelligence. The recent advent of more sophisticated AI systems, which function with partial or full autonomy and are capable of tasks which require learning and
'intelligence', presents difficult ethical questions, and has drawn concerns from many quarters about individual and societal welfare, democratic decision-making, moral agency, and the prevention of harm. This work ranges from explorations of normative constraints on specific applications of machine
learning algorithms today-in everyday medical practice, for instance-to reflections on the (potential) status of AI as a form of consciousness with attendant rights and duties and, more generally still, on the conceptual terms and frameworks necessarily to understand tasks requiring intelligence,
whether human or A.I.

Markus Dubber leads an interdisciplinary initiative, Ethics of AI in Context, as director of the University of Toronto's Centre for Ethics, which facilitates collaboration among a diverse group of university and non-university scholars and researchers from a wide range of backgrounds andperspectives. He also has extensive editorial experience, including as co-editor of several Oxford Handbooks and editor-in-chief of Oxford Handbooks Online (Law). Sunit Das (University of Toronto, Medicine) has conducted research on the role of AI in medicine as a neurosurgeon at Toronto's St. Michael's Hospital, a neuroscientist in the Keenan Research Centre for Biomedical Science, and faculty affiliate of the Ethics of AI Lab at the Centre for Ethics, University of Toronto. Frank Pasquale (School of Law, University of Maryland) has published extensively on the law, policy, and ethics of artificial intelligence and cognate fields (including algorithmic accountability, machine learning, and big data). He has served on the Council on Big Data, Ethics, and Society, theAcademic Council of the AINow Institute, and the National Committee on Vital and Health Statistics. His 2015 book The Black Box Society developed a social theory of reputation, search, and finance, while proposing pragmatic reforms to improve the information economy.