The Ideology of Democratism (Hardcover) 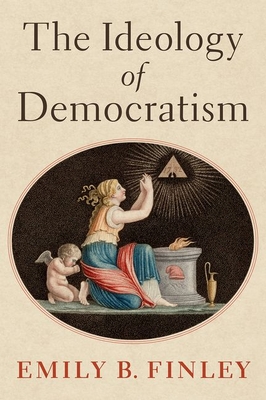 The Ideology of Democratism (Hardcover)

By Emily B. Finley


Not On Our Shelves—Ships in 1-5 Days
A unique reinterpretation of democracy that shows how history's most vocal champions of democracy from Jean-Jacques Rousseau and Thomas Jefferson to John Rawls have contributed to a pervasive, anti-democratic ideology, effectively redefining democracy to mean "rule by the elites." The rise of global populism reveals a tension in Western thinking about democracy. Warnings about the "populist threat" to democracy and "authoritarian" populism are now commonplace. However, as Emily B. Finley argues in The Ideology of Democratism, dismissing "populism" as anti-democratic is highly problematic. In effect, such arguments essentially reject the actual popular will in favor of a purely theoretical and abstract "will of the people." She contends that the West has conceptualized democracy-not just its populist doppelg nger-as an ideal that has all of the features of a thoroughgoing political ideology which she labels "democratism." As she shows, this understanding of democracy, which constitutes an entire view of life and politics, has been and remains a powerful influence in America and leading Western European nations and their colonial satellites. Through a careful analysis of several of history's most vocal champions of democracy, including Jean-Jacques Rousseau, Thomas Jefferson, Woodrow Wilson, John Rawls, and American neoconservatives and liberal internationalists, Finley identifies an interpretation of democracy that effectively transforms the meaning of "rule by the people" into nearly its opposite. Making use of democratic language and claiming to speak for the people, many politicians, philosophers, academics, and others advocate a more "complete" and "genuine" form of democracy that in practice has
little regard for the actual popular will. A heterodox argument that challenges the prevailing consensus of what democracy is and what it is supposed be, The Ideology of Democratism offers a timely and comprehensive assessment of the features and thrust of this powerful new view of democracy that has enchanted the West.

Emily B. Finley is a 2021-2022 John and Daria Barry Postdoctoral Research Fellow at Princeton University. She earned her PhD in Politics from The Catholic University of America and held a postdoctoral fellowship at Stanford as well. Her research interests include the history of ideas, politics and the imagination, political ideology, and epistemology.