The Naxalities and Their Ideology (Oxford India Paperbacks) (Paperback) 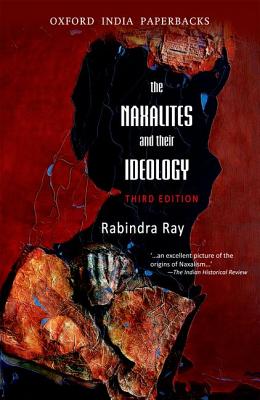 The Naxalities and Their Ideology (Oxford India Paperbacks) (Paperback)


Special Order—Subject to Availability
The Naxalites take their name from an uprising of workers in the tea gardens of the north Bengal countryside, near Naxalbari, in early 1967. Since then 'Naxalite' and 'Naxalism' have become synonymous in India with communist revolutionary 'terrorism'.
The Naxalite movement itself, and most specifically its distinct ideology, has never been as closely and comprehensively studied as in the present book. Rabindra Ray argues that any true interpretation of Naxalism must come to grips with what it meant to be a Naxalite, and with what the practice of Naxalism meant to the participants themselves. In order to do this he distinguishes between, on one hand, the ideological statements and documents produced by the Naxalite leadership (their 'literate ideology') and, on the other, their activity and the significance of their actions (their 'existential ideology').
The Naxalites are seen, further, within the contexts of Bengali society, the varieties of Indian party communism, and the Indian peasantry and urban middle classes. The author also relates Naxalite ideology to Nietzsche and the European philosophical tradition of nihilism, as well as outlines the social and cultural heritage of Naxalism.
This third edition includes a new Afterword that explores the trajectory of communist movement in India till current times. The author examines the ideological conflict that the movement faces as well as its relevance to India today.