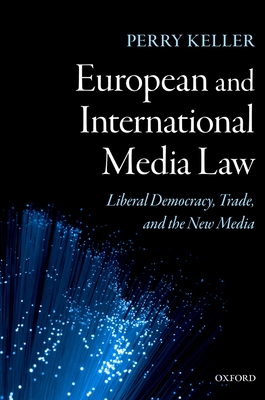 
Not On Our Shelves—Ships in 1-5 Days
(This book cannot be returned.)
Over the past half century, western democracies have lead efforts to entrench the economic and political values of liberal democracy into the foundations of European and international public order. As this book details, the relationship between the media and the state has been at the heart of those efforts. In that relationship, often framed in constitutional principles, the liberal democratic state has celebrated the liberty to publish information and entertainment content, while also forcefully setting the limits for harmful or offensive expression. It is thus a relationship rooted in the state's need for security, authority, and legitimacy as much as liberalism's powerful arguments for economic and political freedom. In Europe, this long running endeavour has yielded a market based, liberal democratic regional order that has profound consequences for media law and policy in the member states. This book examines the economic and human rights aspects of European media law, which is not only comparatively coherent but also increasingly restrictive, rejecting alternatives that are well within the traditions of liberalism. Parallel efforts in the international sphere have been markedly less successful. In international media law, the division between trade and human rights remains largely unabridged and, in the latter field, liberal democratic concepts of free speech are influential but rarely decisive. In the international sphere states are moreover quick to assert their rights to autonomy. Nonetheless, the current communications revolution has overturned fundamental assumptions about the media and the state around the world, eroding the boundaries between domestic and foreign media as well as mass and personal communication. European and International Media Law sets legal and policy developments in the context of this fast changing, globalized media and communications sector.

Perry Keller is a senior lecturer at King's College London, where he is a specialist in media law. He first studied law in Canada at Osgoode Hall Law School and later in the United States at Harvard Law School. He has also worked and studied in Taiwan, Hong Kong, and Mainland China. While his primary research and teaching interests concern British and European media law, he also has a strong interest in legal developments in China, particularly in relation to the media.