Alternative Concepts of God: Essays on the Metaphysics of the Divine (Hardcover) 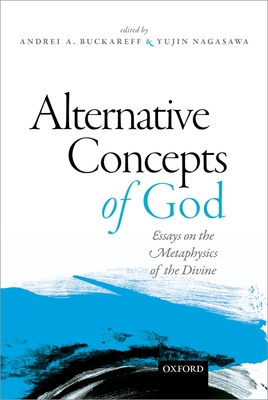 Alternative Concepts of God: Essays on the Metaphysics of the Divine (Hardcover)


Special Order—Subject to Availability
The concept of God according to traditional Judeo-Christian-Islamic theism minimally includes the following theses: (i) There is one God; (ii) God is an omniscient, omnipotent, and morally perfect agent; (iii) God is the creator ex nihilo of the universe and the sustainer of all that exists; and (iv) God is an immaterial substance that is ontologically distinct from the universe. Proponents of alternative concepts of God, such as pantheism, panentheism, religious anti-realism, developmental theism, and religious naturalism, exclude at least one of these claims. A number of prominent philosophers and scientists have expressed sympathy with alternative concepts of the divine. However, voices raised in defense of these concepts tend not to be taken seriously in contemporary analytic philosophy of religion. This volume aims to shed light on alternative concepts of God and to thoroughly consider their merits and demerits. The contributors are leading analytic philosophers of religion, including critics of these views as well as sympathizers. This is the first contemporary edited collection featuring the work of analytic philosophers of religion covering such a wide range of alternative concepts of God.