The Law of Reinsurance (Hardcover) 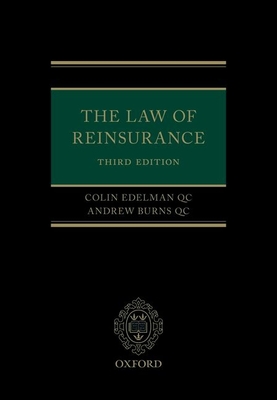 The Law of Reinsurance (Hardcover)


Not On Our Shelves—Ships in 1-5 Days
This concise and accessible guide to reinsurance law is an easy-to-read specialist reference focusing solely on reinsurance. Every aspect of the core and subsidiary principles of reinsurance law are covered beginning with an investigation of the definition, purpose, and types of reinsurance.
Guidance is given on contractual principles and terms in the reinsurance context, obligations, rights and liabilities of the reinsurer, and the choice of law. With usability and practicality in mind, a number of aspects have been further developed in this edition. There is an increased depth of analysis in addressing 'Follow the Settlements', incorporation, non-disclosure, misrepresentation, and the role of good faith in reinsurance contracts. The new
edition also addresses the consequences of the Insurance Act 2015 and recent cases on reinsurance arbitration - particularly the appointment of arbitrators and their duties. This book is both practical and authoritative, and is successful in isolating the key issues in reinsurance law to provide an easy and reliable reference source. It is a must-have work for all reinsurance practitioners.