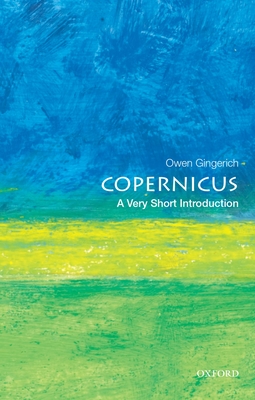 
On Our Shelves Now at:
Nicolaus Copernicus (1473-1543) is a pivotal figure in the birth of modern science, the astronomer who "stopped the sun and set the earth in motion." Born in Poland, educated at Cracow and then in Italy, he served all of his adult life as a church administrator. His vision of a sun-centered universe, shocking to many and unbelievable to most, turned out to be the essential blueprint for a physical understanding of celestial motions, thereby triggering what is commonly called "the Copernican revolution." A first edition of his world-changing treatise, De Revolutionibus Orbium Coelestium, has most recently been auctioned for more than $2 million. In this book, leading historian of science Owen Gingerich sets Copernicus in the context of a rapidly changing world, where the recent invention of printing with moveable type not only made sources more readily available to him, but also fueled Martin's Luther's transformation of the religious landscape. In an era of geographical exploration and discovery, new ideas were replacing time-honored concepts about the extent of inhabited continents. Gingerich reveals Copernicus' heliocentric revolution as an aesthetic achievement not dictated by observational "proofs," but another new way of looking at the ancient cosmos. Deftly combining astronomy and history, this Very Short Introduction offers a fascinating portray of the man who launched the modern vision of the universe. Out of Gingerich's engaging biography emerges the image of a scientist, intellectual, patriot, and reformer, who lived in an era when political as well as religious beliefs were shifting.

Owen Gingerich is Senior Astronomer Emeritus at the Smithsonian Astrophysical Observatory and Professor Emeritus of Astronomy and History of Science at Harvard University. One of the leading experts on Copernicus, he is the author of numerous books, including The Eye of Heaven: Ptolemy, Copernicus, Kepler and The Book Nobody Read: Chasing the Revolutions of Nicolaus Copernicus.