Mapping the Legal Boundaries of Belonging: Religion and Multiculturalism from Israel to Canada (Religion and Global Politics) (Paperback) 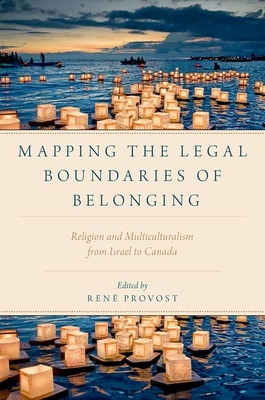 Mapping the Legal Boundaries of Belonging: Religion and Multiculturalism from Israel to Canada (Religion and Global Politics) (Paperback)


Not On Our Shelves—Ships in 1-5 Days
(This book cannot be returned.)
For several decades, culture played a central role in challenging the liberal tradition. More recently however, religion has re-emerged as one of the central challenges facing Western liberal societies' conception of multiculturalism. Mapping the Legal Boundaries of Belonging explores the
complex relationship between religion and multiculturalism and the role of the state and law in the creation of boundaries. The intersection between religion, nationalism and other vectors of difference in Canada and Israel offer an ideal laboratory in which to examine multiculturalism in particular and the governance of diversity in general. The contributors to this volume investigate concepts of religious difference
and diversity and the ways in which these two states and legal systems understand and respond to them. As a consequence of a purportedly secular human rights perspective, they show, state laws may appear to define religious identity in a way that contradicts the definition found within a particular
religion. Both state and religion make the same mistake if they take a court decision that emphasizes individual belief and practice as effecting a direct modification of a religious norm: the court lacks the power to change the authoritative internal definition of who belongs to a particular faith.
Similarly, in the pursuit of a particular model of social diversity, the state may adopt policies that imply a particular private/public distinction foreign to some religious traditions.