Between Authority and Interpretation: On the Theory of Law and Practical Reason (Paperback) 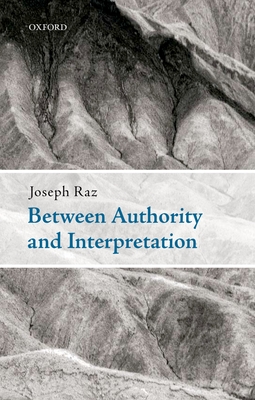 Between Authority and Interpretation: On the Theory of Law and Practical Reason (Paperback)


Special Order—Subject to Availability
In this book Joseph Raz develops his views on some of the central questions in practical philosophy: legal, political, and moral. The book provides an overview of Raz's work on jurisprudence and the nature of law in the context of broader questions in the philosophy of practical reason. The book opens with a discussion of methodological issues, focusing on understanding the nature of jurisprudence. It asks how the nature of law can be explained, and how the success of a legal theory can be established. The book then addresses central questions on the nature of law, its relation to morality, the nature and justification of authority, and the nature of legal reasoning. It explains how legitimate law, while being a branch of applied morality, is also a relatively autonomous system, which has the potential to bridge moral differences among its subjects. Raz offers responses to some critical reactions to his theory of authority, adumbrating, and modifying the theory to meet some of them. The final part of the book brings together for the first time Raz's work on the nature of interpretation in law and the humanities. It includes a new essay explaining interpretive pluralism and the possibility of interpretive innovation. Taken together, the essays in the volume offer a valuable introduction for students coming for the first time to Raz's work in the philosophy of law, and an original contribution to many of the current debates in practical philosophy.

Joseph Raz has been teaching in Oxford since 1972. He has held a chair in the philosophy of law since 1985, and has been a Research Professor since 2006. He has also held a professorship at Columbia University since 2002. He is a fellow of the British Academy and a Foreign Honorary Member of the American Academy of Arts and Sciences.