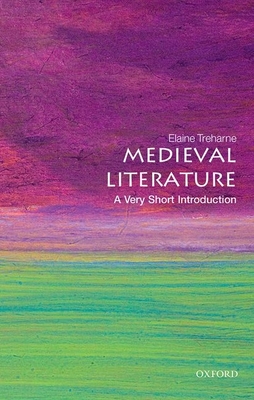 
On Our Shelves Now at:
This Very Short Introduction provides a compelling account of the emergence of the earliest literature in Britain and Ireland, including English, Welsh, Scottish, Irish, Anglo-Latin and Anglo-Norman. Introducing the reader to some of the greatest poetry, prose and drama ever written, Elaine Treharne discusses the historical and intellectual background to these works, and considers the physical production of the manuscripts and the earliest beginnings of print culture. Covering both well-known texts, such as Beowulf, The Canterbury Tales and the Mabinogion, as well as texts that are much less familiar, such as sermons, saints' lives, lyrics and histories, Treharne discusses major themes such as sin and salvation, kingship and authority, myth and the monstrous, and provides a full, but brief, account of one of the major periods in literary history. ABOUT THE SERIES:
The Very Short Introductions series from Oxford University Press contains hundreds of titles in almost every subject area. These pocket-sized books are the perfect way to get ahead in a new subject quickly. Our expert authors combine facts, analysis, perspective, new ideas, and enthusiasm to make interesting and challenging topics highly readable.

Elaine Treharne is Professor of English at Stanford University and Visiting Professor of Medieval Literature at the University of Leicester. She is the author or editor of more than two-dozen books and fifty articles, focusing principally on Old and Middle English Literature and Medieval manuscripts. Her current research projects concern the materiality of text and the importance of the senses in understanding early poetry and prose in its physical and cultural contexts. She is a Fellow of the Society of Antiquaries and of the Royal Historical Society, a Trustee of the English Association, and a General Editor of Oxford Textual Perspectives, and Essays and Studies.