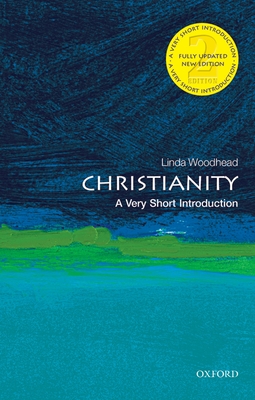 
In Stock—Click for Locations
Exploring the cultural and institutional dimensions of Christianity, and tracing its course over two millennia, Linda Woodhead provides a fresh, lively, and candid portrait of Christianity's past and present. Addressing topics including the competition for power between different forms of Christianity, the churches' use of power, and its struggles with modernity, this new edition includes up to date information on the growth and geographical spread of Eastern Christianity, reflecting the global nature of Christianity in our ever-shifting contemporary culture. At a time when Christianity is flourishing in the Southern hemisphere but declining in much of the West, this Very Short Introduction offers an important overview of the world's largest religion. ABOUT THE SERIES: The Very Short Introductions series from Oxford University Press contains hundreds of titles in almost every subject area. These pocket-sized books are the perfect way to get ahead in a new subject quickly. Our expert authors combine facts, analysis, perspective, new ideas, and enthusiasm to make interesting and challenging topics highly readable.

Linda Woodhead is Professor of Sociology of Religion at Lancaster University. Her research interests lie in the entanglements of religion, politics, and economy, both historically and in the contemporary world. Between 2007 and 2013 she directed the Religion and Society Programme http: //www.religionandsociety.org.uk, the UK's largest ever research investment on religion. Her books include Religion and Change in Modern Britain, A Sociology of Religious Emotions, and The Spiritual Revolution: Why Religion is Giving Way to Spirituality.