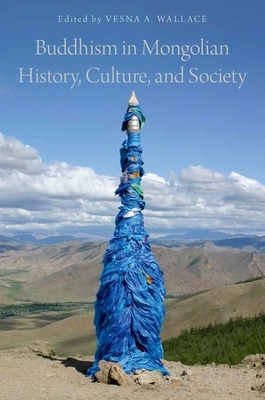 By Vesna A. Wallace (Editor)


Special Order—Subject to Availability
Buddhism in Mongolian History, Culture, and Society explores the unique elements of Mongolian Buddhism while challenging its stereotyped image as a mere replica of Tibetan Buddhism. Vesna A. Wallace brings together an interdisciplinary group of leading scholars to explore the interaction between the Mongolian indigenous culture and Buddhism, the features that Buddhism acquired through its adaptation to the Mongolian cultural sphere, and the ways Mongols have constructed their Buddhist identity. The contributors explore the ways that Buddhism retained unique Mongolian features through Qing and Mongol support, and bring to light the ways in which Mongolian Buddhists saw Buddhism as inseparable from Mongolness. They show that by being greatly supported by Mongol and Qing empires, suppressed by the communist governments, and experiencing revitalization facilitated by democratization and the challenges posed by modernity, Buddhism underwent a series of transformations while
retaining unique Mongolian features. The book covers historical events, social and political conditions, and influential personages in Mongolian Buddhism from the sixteenth century to the present, and addresses the artistic and literary expressions of Mongolian Buddhism and various Mongolian Buddhist practices and beliefs.