The Cocaine Kids: The Inside Story Of A Teenage Drug Ring (Paperback) 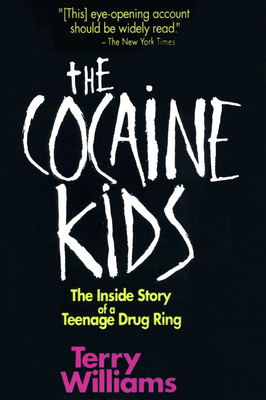 The Cocaine Kids: The Inside Story Of A Teenage Drug Ring (Paperback)


Not On Our Shelves—Ships in 1-5 Days
Since 1982, sociologist Terry Williams has spent days, weeks, and months “hanging out” with a teenage cocaine ring in cocaine bars, after-hours clubs, on street corners, in crack houses and in their homes. The picture he creates in The Cocaine Kids is the story behind the headlines. The lives of these young dealers in the fast lane of the underground economy emerge in depth and color on the pages of this book.
Sociologist Terry Williams, Ph.D., coauthor of Growing Up Poor, is the joint recipient of a MacArthur foundation grant to study the culture of housing projects. The completion of The Cocaine Kids was accomplished during Williams's appointment at the Conservation of Human Resources at Columbia University.