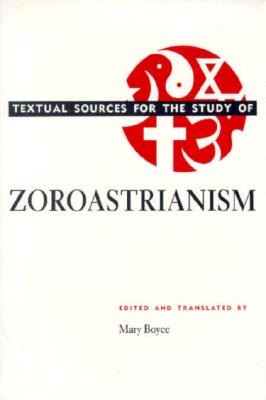 By Mary Boyce (Translated by)


Not On Our Shelves—Ships in 1-5 Days
"Boyce is a, perhaps the, world authority on Zoroastrianism. . . . Prefaced by a 27-page introduction, this anthology contains selections which offer a complete picture of Zoroastrian belief, worship and practice. There are historical texts from the sixth century B.C. onwards, and extracts from modern Zoroastrian writings representing traditionalism, occultism and reformist opinion. Anyone wishing to know more about this 'least well known of the world religions' should sample these selections."—The Methodist Church

"Wide-ranging. . . . An indispensable one-volume collection of primary materials."—William R. Darrow, Religious Studies Review
Mary Boyce is Emeritus Professor of Iranian Studies at the University of London. John R. Hinnells is professor of comparative religion in the School of Oriental and African Studies at the University of London. He is the author of Handbook of Living Religions and editor of the Penguin Dictionary of Religions.