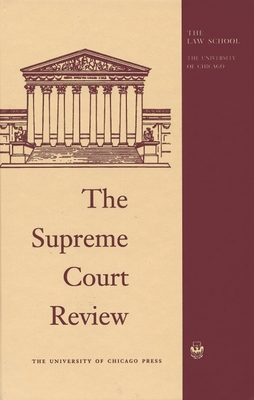 
Special Order—Subject to Availability
Since it first appeared in 1960, The Supreme Court Review (SCR) has won acclaim for providing a sustained and authoritative survey of the implications of the Court's most significant decisions. SCR is an in-depth annual critique of the Supreme Court and its work, keeping up on the forefront of the origins, reforms, and interpretations of American law. SCR is written by and for legal academics, judges, political scientists, journalists, historians, economists, policy planners, and sociologists.