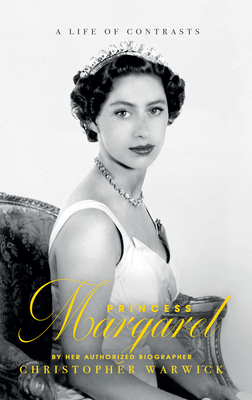 
Special Order—Subject to Availability
The fascinating biography of one of the most controversial royal figures of the twentieth century and its first celebrity: Princess Margaret. As a pre-war royal whose world was hugely circumscribed by the strictures of another age, Princess Margaret was admired as well as vilified for most of her adult life. She helped usher the monarchy into the modern world--which sometimes led to conflict and misunderstanding in both her private and public life. Christopher Warwick's superbly researched biography redresses the balance. It gives the full, insider story of the Princess's many love affairs, but also looks at her tireless work for charity and willingness to break taboos--it was she, not Diana, who first championed HIV and AIDS awareness. Princess Margaret reminds us that its subject was one of the most remarkable, if complex and contradictory, modern royal personalities.
Reissue.
Christopher Warwick is the author of several bestselling royal biographies. He has written widely for newspapers and magazines, and frequently appears on television and radio.