Transcendence and Self-Transcendence: On God and the Soul (Indiana Series in the Philosophy of Religion) (Paperback) 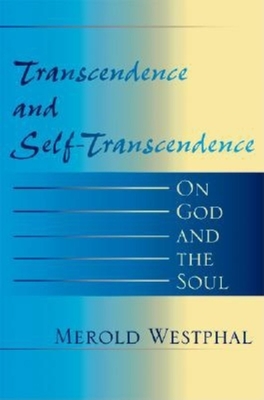 Transcendence and Self-Transcendence: On God and the Soul (Indiana Series in the Philosophy of Religion) (Paperback)

The question of the transcendence of God has traditionally been thought in terms of the difference between pantheism, which affirms that God is wholly within the world, and theism, which affirms that God is both within and outside the world, both immanent and transcendent. Against Heidegger's critique of onto-theology and the general postmodern concern for respecting and preserving the difference of the other, Merold Westphal seeks to rethink divine transcendence in relation to modes of human self-transcendence. Touching upon Spinoza, Hegel, Augustine, Pseudo-Dionysius, Aquinas, Barth, Kierkegaard, Levinas, Derrida, and Marion, Westphal's work centers around a critique of onto-theology, the importance of alterity, the decentered self, and the autonomous transcendental ego. Westphal's phenomenology of faith sets this book into the main currents of Continental philosophy of religion today.

Merold Westphal is Distinguished Professor of Philosophy at Fordham University. He is the author of God, Guilt, and Death (IUP, 1987) and History and Truth in Hegel's Phenomenology, 3rd ed. (IUP, 1998), and editor of Postmodern Philosophy and Christian Thought (IUP, 2000).