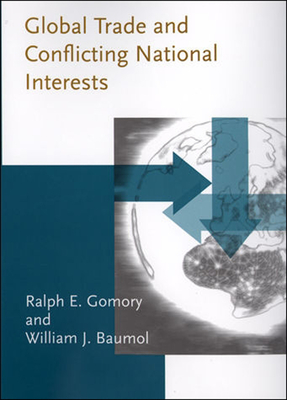 In this book Ralph Gomory and William Baumol adapt classical trade models to the modern world economy. Trade today is dominated by manufactured goods, rapidly moving technology, and huge firms that benefit from economies of scale. This is very different from the largely agricultural world in which the classical theories originated. Gomory and Baumol show that the new and significant conflicts resulting from international trade are inherent in modern economies.Today improvement in one country's productive capabilities is often attainable only at the expense of another country's general welfare. The authors describe why and when this is so and why, in a modern free-trade environment, a country might have a vital stake in the competitive strength of its industries.

William J. Baumol is Professor of Economics at New York University and Director of the university's C. V. Starr Center for Applied Economics.
The church of global free trade, which rules American politics with infallible pretensions, may have finally met its Martin Luther. An unlikely dissenter has come forward with a revised understanding of globalization that argues for thorough reformation. This man knows the global trading system from the inside because he is a respected veteran of multinational business. His ideas contain an explosive message: that what established authorities teach Americans about global trade is simply wrong disastrously wrong for the United States.— William Greider, The Nation—