Soldiers of the Cross, the Authoritative Text: The Heroism of Catholic Chaplains and Sisters in the American Civil War (Hardcover) 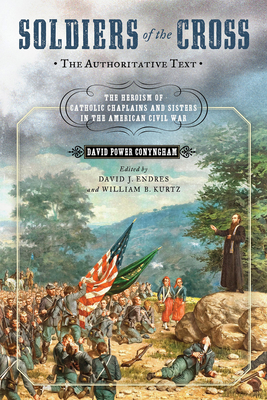 Soldiers of the Cross, the Authoritative Text: The Heroism of Catholic Chaplains and Sisters in the American Civil War (Hardcover)

Shortly after the Civil War ended, David Power Conyngham, an Irish Catholic journalist and war veteran, began compiling the stories of Catholic chaplains and nuns who served during the war. His manuscript, Soldiers of the Cross, is the fullest record written during the nineteenth century of the Catholic Church's involvement in the war, as it documents the service of fourteen chaplains and six female religious communities, representing both North and South. Many of Coyngham's chapters contain new insights into the clergy during the war that are unavailable elsewhere, either during his time or ours, making the work invaluable to Catholic and Civil War historians. The introduction contains over a dozen letters written between 1868 and 1870 from high-ranking Confederate and Union officials, such as Confederate General Robert E. Lee, Union Surgeon General William Hammond, and Union General George B. McClellan, who praise the church's services during the war. Chapters on Fathers William Corby and Peter P. Cooney, as well as the Sisters of the Holy Cross, cover subjects relatively well known to Catholic scholars, yet other chapters are based on personal letters and other important primary sources that have not been published prior to this book.