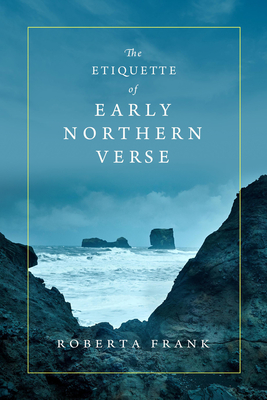 This book places two vernacular poetries of the long Viking Age into conversation, revealing their membership in a single community of taste, a traditional stylistic ecology that did serious political and historical work. Each chapter seeks the codes of a now-extinct verse technique. The first explores the underlying architecture of the two poetries, their irregularities of pace, startling formal conventions, and tight verbal detail work. The passage of time has worn away most of the circumstantial details that literary scholars in later periods take for granted, but the public relations savvy and aural and syntactic signals of early northern verse remain to some extent retrievable and relatable, an etiquette prized and presumably understood by its audiences. The second and longest chapter investigates the techniques used by early northern poets to retrieve and organize the symmetries of language. It illustrates how supererogatory alliteration and rhyme functioned as aural punctuation, marking off structural units and highlighting key moments in the texts. The third and final chapter describes the extent to which both corpora reveled in negations, litotes, indirection, and down-toners, modes that forced audiences to read between half-lines, to hear what was not said. By decluttering and stripping away excess, by drawing words through a tight mesh of meter, alliteration, and rhyme, the early northern poet filtered out dross and stitched together a poetics of stark contrasts and forebodings. Poets and lovers of poetry of all periods and places will find much to enjoy here. So will students in Old English and Old Norse courses.

Roberta Frank is the Marie Borroff Professor Emerita of English at Yale University. Over the past half century, she has published many essays on the style, form, and history of Old English and Old Norse poetry. Her first sole-authored book was Old Norse Court Poetry.