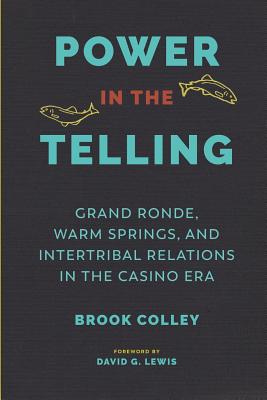 From 1998 through 2013, the Confederated Tribes of Warm Springs sought to develop a casino in Cascade Locks, Oregon. This prompted objections from the Confederated Tribes of Grand Ronde, who already operated a lucrative casino in the region. Brook Colley's in-depth case study unravels the history of this disagreement and challenges the way conventional media characterizes intertribal casino disputes in terms of corruption and greed. Instead, she locates these conflicts within historical, social, and political contexts of colonization.

Through extensive interviews, Colley brings to the forefront Indigenous perspectives on intertribal conflict related to tribal gaming. She reveals how casino economies affect the relationship between gaming tribes and federal and state governments, and the repercussions for the tribes themselves. Ultimately, Colley's engaging examination explores strategies for reconciliation and cooperation, emphasizing narratives of resilience and tribal sovereignty.